Home » Destinations » Warangal » The Great Warrior from the City of Warangal 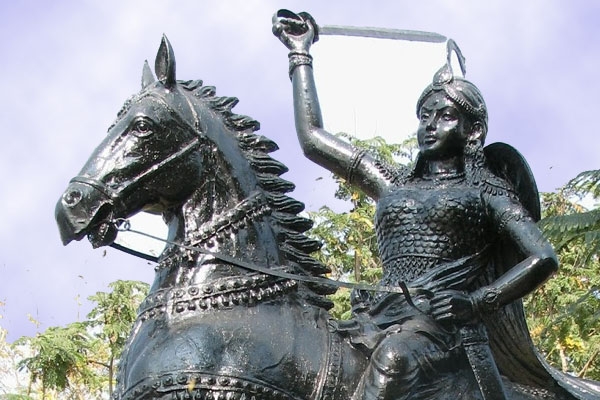 “My mother sensed a war in her womb, and so she raised me to fight.”

For centuries we have read about the conquests of great  men warriors of India. That they made excellent swordsmen, expert horsemen and so on.. Well, women did too. Whether it was Rani Lakshmi Bai of Jhansi or Chand Bibi in the West, Razia Sultan in the North, or Rani Rudrama Devi in the South — all these women fought battles, led armies, and became great rulers.

In the South of India was the heroic Rani Rudrama Devi. Not much is written about this. At 14, she was nominated as the successor of the Kakatiya Dynasty by her father, then King Ganpati Deva. She was one of the most prominent leaders of the Kakatiya Dynasty, that ruled most of the Telugu speaking lands covered by current day Telangana and Andhra Pradesh, from 1083 CE to 1323 CE. Warangal, was its capital at the time. Her nomination to the throne was generally not approved by some of the nobles who did not like the succession of a woman to the throne. Besides these internal conflicts, the kingdom faced challenges from neighbouring kingdoms too. However, Rani Rudrama overcame these difficulties and maintained the integrity of the empire.

They built several monuments including the four giant stone gateways, the Ramappa Temple, the Swayambhu Temple, and the majestic Warangal Fort, now on the tentative list for UNESCO World Heritage Site listing.

Razia Sultan was born in 1205 and succeeded her father Shams-ud-din Iltutmish to the Sultanate of Delhi in 1236. She reigned the Delhi Sultanate for four years and was the only woman ruler of both  the Sultanate and the Mughal period. She was trained to lead armies. As Sultan, Razia wore a man’s tunic and headdress and rode an elephant into battle at the head of her army.

Chand Bibi was an Indian Muslim woman warrior during the period between 1550-1599 CE who defended Ahmednagar against the Mughal forces of Emperor Akbar. She was the daughter of  Hussain Nizam Shah I of Ahmednagar. She was a polyglot, played the sitar, and painting flowers was her hobby.

She was born to a Maharastrian Brahmin family in 1828. She was married to Raja Gangadhar Rao, the Maharaja of Jhansi in 1842. But not enough can be written about the Rani of Jhansi as one of the leading figures of the Indian Rebellion of 1857. She formed an army to fight and defeat the British forces of Orchha and Datia. In 1858, in the battle in which the British forces commanded by Sir Hugh Rose conquered Gwalior, fought on 17 and 18 June 1858, she died.Many poems and great songs have been written in her honor to describe her valor. One goes like this:  “How valiantly like a man fought she / The Rani of Jhansi / On every parapet a gun she set / Raining fire of hell / How well like a man fought the Rani of Jhansi / How valiantly and well!”

Therefore, whether in times of war or peace, women must take inspiration from these great female rulers, look inward and awaken the warrior in them. The time is now, isn’t it? 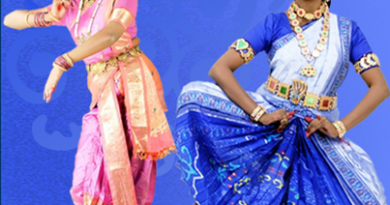 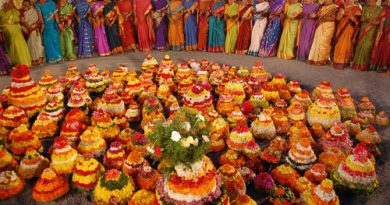 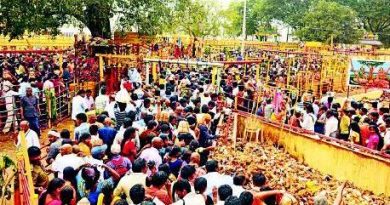 The Jatara at Medaram That’s Second Only to Kumbh Mela

One thought on “The Great Warrior from the City of Warangal”