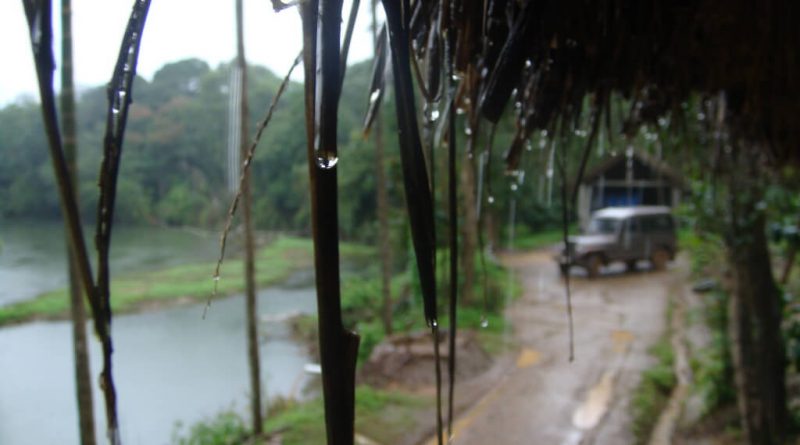 It may be called the Scotland of India, but Coorg, the rustic hill station of the South, is more than its green pastoral lands and exotic coffee plantations.

It is the birthplace of The Cauvery and home to many magnificent temples that are perched on a hilltop or beside the bubbling river. Situated just about a 43km drive through the lush green routes from Coorg in the Kodagu district, the Talacauvery and the Bhagamandala temples are perfect for the spiritual traveler, or the one who likes listening to legendary mystical stories that are associated with them, or for the positive vibes that are felt in this place, along with a rejuvenating dip in the Kaveri waters- the traditional side of Coorg has a lot to offer.

Situated in the verdant landscape of the Brahmagiri hill range, the Talacauvery is a spot that is considered to be the source of origin of The Cauveri. The only visible flow of water can be seen in the rainy season, but a tank has been built at the spot, besides which, sits the little Talacauvery temple. The river erupts as a spring right in front of the temple giving rise to not only a mystical pond, but stories and tales that drive the faith of the people to visit this temple. The Talacauvery temple is built for Goddess Cauvery, but is also dedicated to Sant Agasthaveera. According to a popular legend, Sri Cauvery was the beautiful daughter of Sant Kavera Maharishi whose ‘Kavera Aashram’ was spread across the beautiful expanse of the Brahmagiri hills. One fine day, Sant Agastya Maharishi of the Himalayas, known to be the incarnation of Lord Shiva visited the Brahmagiri hills and fell in love with Sri Cauvery and proposed to marry her. She agreed on the condition that Sant Agastya would always be by her side and never leave her. A few days after the marriage, Sant Agastya went for a bath in the Kannike River, which is situated on the other side of the Brahmagiri hills. With his yogic power, he turned Sri Cauvery to water in order to fill up his Kamandalu (Yogi’s water pot) and kept it beside the Brahmakundige in the Kavera Aashram. He instructed his disciples to take care of the pot until he returned. However, his delay caused Sri Cauvery to get agitated and she decided to give into her life’s ultimate mission to reincarnate as a river. With her power, she jumped from the Kamandalu into the Brahmakundige and emerged as a river.

Another version suggests that it was Vinayaka (Lord Ganesha) who took the form of a crow and sat atop the Kamandalu while Sage Agastya was meditating. When the sage realized this, he shooed away the crow that accidentally toppled the water pot into the Brahmakundige, and Sri Cauvery started flowing as a river from this pond.

Even today, the people line up in a queue to take a dip in this holy pond, which is said to cure people of physical, emotional and psychological tensions. The people from Coorg use this holy water for all auspicious occasions. The Talacauvery temples also have several small temples dedicated to Lord Ganesha and Lord Shiva. The ancient Shiv Linga that can be found in one of the Talacauvery temples dates back to several centuries and is claimed to have been installed by Sant Agastya himself. Talacauvery temples are brimming with positive vibes and beliefs of people and pilgrims, but the picturesque sight that the Brahmagiri hill’s peak, situated just beside the Talacauvery offers lush green hills, verdant valleys, and windmills that are totally worth the climb of 300 concrete steps to be trodden upon barefoot.

The Bhagmandala is another tranquil sight located just on the way to Talacauvery. A pilgrim spot created at the confluence of three rivers namely Cauvery, Kannike and Sujyoti. This Triveni Sangam is the pilgrim’s favorite where they take a dip and perform rituals for their ancestors before embarking towards Talacauvery.

The Bhagmandala also has a folklore that is a leaf out of the mystical tale of Sri Cauvery. When Sant Agastya’s water pot fell into the Brahmakunda and the river Cauvery started flowing, his disciples asked Cauvery to come back. Not paying any heed, Sri Cauvery took a secret underground root, but on her way was stopped by the Nagas, at a place called Nagatirtha. The nagas prayed to her to not continue flowing as a river. Sri Cauvery blessed them and finally flowed till Bhagamandala where she was met by two other rivers Kannike and Sujyoti. At Bhagmandala, another sage called Triguni prayed to Cauvery asking her not to continue as a river, but she said she was destined to flow through the chosen path. She blessed Bhagmandala calling it the ‘Punya Shetra’– a holy place where people could perform rituals for their ancestors, a practice followed till date.

The Cholas built the Bhagmandala temple near the Triveni Sangam, also known as the Bhagandeshwara Kshetra prior to the 11th century . The temple complex is huge and is built in the classic Kerala architecture style with long sloping gabled roofs, circular shrines, and mandapas enclosed in a rectangular structure called nalambalam, and intricately carved ceilings. The complex houses the temples of Lord Mahavishnu, Ganapati, and Subramanya and is located against a serene backdrop.

Both the Talacauvery and the Bhagmandala temples are visited by thousands of pilgrims on the Tula Sankranama which occurs in mid-October every year. According to the worshippers, the dip in the Triveni Sangam is not only refreshing but also purifying.

Today, along with being a pilgrimage site, Bhagmandala is the only honey market and bee rearing place in Karnataka and also houses a rare museum as well as a state-run Apiculture Training Institute.

A little detour from Coorg can bring you to these fascinating temples of magic and myths, temples of legends, of raw natural beauty and colorful history, of rich culture and richer heritage and most importantly,of tranquillity, peace and good vibes- a must for every travel experience.

Taxis available from Coorg and Madikeri 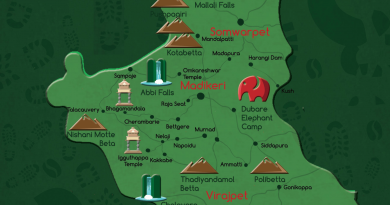 Explore Coorg: Places To See, Things to Do 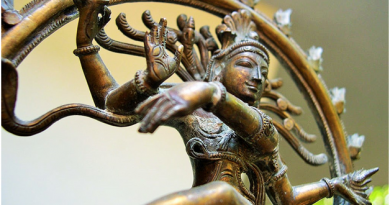 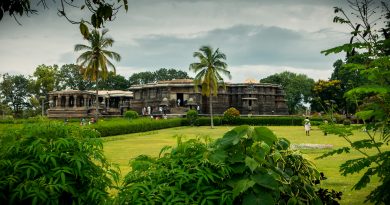 Halebidu: Visiting the former capital of the Hoysala Empire

One thought on “Coorg: The Birth Place of River Cauvery”